In my case, it’s my wife, but I’ve seen that unmistakable look of confused bewilderment in the eyes of both genders and from seemingly all sorts of relational dynamics – the sweating under a weight of expectation that comes from being set the task of acquiring the right ingredients for the feast that’s being meticulously crafted by the master culinarian back home.

Let me clear from the offset: I think wives are fantastic! One of the great things in all of life. Similarly, having a partner who can fling ingredients together like a Jamie Oliver-style TV chef, before presenting you with a steaming masterpiece of colours, aromas and nourishing flavours is quite wonderful. But being sent to the shops by said chef with a list of confusing instructions remains one of life’s great tests…

You see in our house it works like this: She does the bulk of the cooking, I do the bulk of the associated chores. It’s a simple system, and for the most part, it works brilliantly. On the particular day that inspired this piece, my culinary goddess of a wife was sweating away in the kitchen – we were having another couple over for dinner – and I was given the following list:

The supermarket aisle. A simple enough space to navigate? Sure, until you get sent there with a list of items so foreign you’d think they were characters from the Hitchhiker’s Guide to the Galaxy. Few things have the power to leave a grown man quivering with self-doubt as his eyes dart from shelf to shelf more in hope than expectation.

I needed to be efficient and quick, some of the dishes for which these ingredients were required were already well underway. There wasn’t a moment to lose. This was a mission that called for absolute precision and in my mind, there was no room for error.

Walking into store one with the self-imposed pressure of having to get exactly what’s been requested. Staring intently, I run my eyes from shelf to shelf, row by row, from top to bottom, left to right before my gaze drops down and does it all again. This happens slowly, meticulously, aisle by supermarket aisle. Ultimately these efforts do get rewarded.

The first store was unable to deliver the ripe avocados, however, I did manage to find a tub of creamy goat’s cheese and a jar of honey – score! The red onions were a piece of cake, there was no low-fat coconut milk, but they did have the pudding I was after. Again, the thrill of success. The sheer unbridled joy of having found the item that you were hunting for. More score!

Three from five seemed like one hell of a solid start, so off I set to the Checkers, walking distance up the road. Unfortunately, they too didn’t have any ripe avos – the rarest of all in-store beasts – and were all out of low-fat coconut milk (who knew this stuff was so popular?). So off I set to my third, and almost certainly final shopping destination, the over-priced holy grail, Woolies… There I’d surely find what I was looking for?

After an inordinate number of prods and squeezes, I finally decided on a bag of avos. They weren’t ripe-ripe, but they were the best that I had come across. Still, no low-fat coconut milk and ultimately I returned to store one to get the full-fat coconut milk.

Like a Paleolithic-era warrior returning from an Amazonian hunt, antelope flung over the shoulder, streaks of animal blood staining his torso and cheeks, children running out to meet him, his woman gushing at his stealth, cunning, athleticism and bravery.

That’s not quite what I got. The kitchen was a warzone, the, by now sweaty, aproned chef blew her fringe from her eyes, opened the bag and began to take the items out. So how do you reckon I did?

Avocados – ripe – She was making guacamole, they had to be proper ripe, they weren’t anywhere near that. Apparently, there is a section in-store where they sell “ripe and ready” avos. Who knew? Score: Fail

Red onions – I got the red onions, but apparently, they were in a right state and I hadn’t done a very discerning job of finding the most suitable ones, something to do with the outer layers of their skins..? Score: Pass, just

Goats cheese with honey – I now know that the goat’s cheese and honey is supposed to be in the same container and not come seperately. It was the wrong kind of goat’s cheese and we already had honey… Score: Fail

Low fat coconut milk – I know I got the wrong nut juice, but that was hardly my fault, was it? Score: Pass

Were there lessons learnt?

Sure. Will they be remembered the next time I get sent out to battle? History suggests probably not… 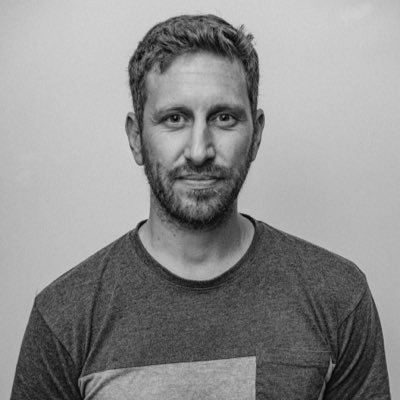 A writer, visual storyteller and professional creative, Louis is a former magazine editor and journalist. He considers himself a novice environmentalist, is an occasional raiser of funds, a developing meditator, a keen purveyor of the news, he loves a good story and increasingly identifies as a hippie! Husband of champions.